Of all the world’s religions, what makes Christianity unique? Why should it be considered above all others?

Like most religions that revolve around a concept of a singular God, Christianity emphasizes the holiness of God. But Christianity’s take is somewhat different than many others; it is not simply that He is a good God, but His holiness means He is a perfect God - there is no sin in Him. Because He is holy, if we are to have a relationship with Him, we must be holy as well (“…but as He who called you is holy, you also be holy in all your conduct, because it is written, ‘Be holy, for I am holy’”). God is so perfect, in fact, He cannot tolerate the presence of sin. Isaiah 59:2 tells us, “But your iniquities have separated you from your God; and your sins have hidden His face from you, so that He will not hear.”

Such holiness demands that God be just. Unlike the teachings of some religions, He can’t look at our lives and, if there is more good than bad, wave away that bad as if it didn’t happen. It did; and His holiness can’t ignore it. There must be a price paid for those wrongs (“And according to the law almost all things are purified with blood, and without shedding of blood there is no remission,” Hebrews 9:22).

But, Romans 3:26 tells us something beautiful: because God is holy, He must be just; to be less than just would make Him less than holy. But—importantly— He is also the justifier (Rom. 3:26, “…To demonstrate at the present time His righteousness, that He might be just and the justifier of the one who has faith in Jesus”). What makes Christianity unique, ultimately, is Jesus Christ—God coming down in the form of man to pay the price for our sins (Hebrews 9:22) and reconcile us to the Holy God.

“For when we were still without strength, in due time Christ died for the ungodly. For scarcely for a righteous man will one die; yet perhaps for a good man someone would even dare to die. But God demonstrates His own love toward us, in that while we were still sinners, Christ died for us. Much more then, having now been justified by His blood, we shall be saved from wrath through Him. For if when we were enemies we were reconciled to God through the death of His Son, much more, having been reconciled, we shall be saved by His life. And not only that, but we also rejoice in God through our Lord Jesus Christ, through whom we have now received the reconciliation,” Rom. 5:6-11.

Christianity presents a God who is so holy He cannot tolerate sin. Yet, for some reason He paid the price for our sins through His Son Jesus Christ. Why would He do such a thing? Because “God so loved the world that He gave His only begotten Son, so that whoever believes in Him should not perish, but have everlasting life” (John 3:16).

The Blessing of God's Word 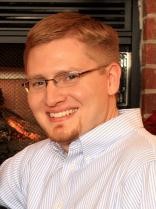 The Blessing of God's Word

We live in a remarkable age.  Thanks to the blessings of modern technology, we have nearly instant access to all kinds of information – from breaking world news to the most insignificant sports statistic.  I rely on this so much that it is hard to recall a time when this kind of access wasn’t a part of my life, but really, it has only come about in the last 10-15 years.  How did anyone live in a world before Google?

Jesus’ words in Matthew 13:16-17 remind us that we are blessed in another, more important way.  There was a time, after all, when humans did not have access to the kind of spiritual information we have at our disposal in the pages of scripture today.  Jesus says, “But blessed are your eyes for they see, and your ears for they hear; for assuredly, I say to you that many prophets and righteous men desired to see what you see, and did not see it, and to hear what you hear, and did not hear it.”  Christ’s disciples, of course, saw the Son of God and heard Him teaching of the fulfillment of the Law in Him.  Jesus reminds them that the prophets and righteous men that came before, many of whom we read about in the Old Testament today, were working with limited information.  In their day, God’s plan had not yet been fully revealed.  Many of the things they prophesied they did not understand.  As we study the Bible today, we can see the arc of God’s plan throughout history: how Christ was prophesied at the beginning, how God worked through His people to bring Him into the world to die for our sins, and how he established His Kingdom.  Christ’s words here remind us that we should not take this for granted, since God’s people have longed for such information throughout time.

Backing up a few verses to Matthew 13:10-15, Jesus is asked by the disciples why he teaches in parables.  In response, Jesus quotes a passage from the prophet Isaiah (Is. 6:9-10), “Hearing you will hear and shall not understand, and seeing you will see and not perceive; for the hearts of this people have grown dull.  Their ears are hard of hearing, and their eyes they have closed, lest they should see with their eyes and hear with their ears, lest they should understand with their hearts and turn, so that I should heal them.”  One of the tragedies of the gospels is that those people who should have received Jesus most readily, the Jewish leaders of the day, were the very ones shouting “Crucify Him!”  How did they mistake the Son of God for a blasphemer?  Jesus tells us here – “the hearts of this people have grown dull.”

It would be an even greater tragedy for those today with such easy access to the word of God to neglect it and be forever lost.  May it never be said of us that our hearts have grown dull to the gospel!  Instead, let us resolve to open God’s word, search it with hearts open to the truth, and in understanding turn to Jesus Christ for the healing that only He can provide.

The Power of Two 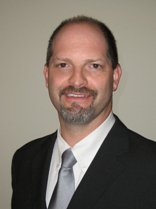 The Power of Two

One of the things that made the life of Paul so wonderful is the fact he never starred in “The Adventures of Paul the Apostle.”  Like the great servants of God who had gone before him—Moses and Joshua, Ruth and Naomi, Elijah and Elisha—he did his work with others.  He lived the wisdom of King Solomon, “Two are better than one, because they have a good reward for their labor.  For if they fall, one will lift up his companion. But woe to him who is alone when he falls, For he has no one to help him up. Again, if two lie down together, they will keep warm; But how can one be warm alone? Though one may be overpowered by another, two can withstand him.  And a threefold cord is not quickly broken” (Ecclesiastes 4:9-12).  He lived “The Power of Two.”

The “Power of Two” in Paul’s life really began with Barnabas in Acts 11, as the church in Jerusalem sent him to Antioch after the “wall of separation” had fallen between Jews and Gentiles.  We are told in Acts 11:23 that great things were taking place there.  Yet, verse 25 tells us this effective teacher felt, on some level, the need for help and left this blossoming work to find a certain disciple he had defended before the church in Jerusalem less than 10 years before.

Saul joined the side of his old defender, and one of the greatest “teams” in history was formed.  Chapters 13-15, spanning a period of some 11 years, show remarkably the “Power of Two.”  They traveled together.  They preached together.  They disputed error together.  Together, they left churches in better shape.

What are the lessons preachers and teachers can learn from Paul and Barnabas? First, there is benefit of diversity.  Paul, as evidenced in Acts 14:12 and other verses (Acts 13:7, 43, 46; 14:1), seemed to have been the more active orator.  While preaching in Lystra, he was believed to be Hermes, messenger of the Greek gods.  Barnabas, on the other hand, was thought to be Zeus.  F.F. Bruce suggests in his commentary on Acts that he was thus identified because of “his more dignified bearing.”  This is, of course, conjecture, but it does illustrate the reality that they were two different men contributing something needed to the same work.  Diversity in abilities is sometimes one of the great powers of two.  One may have a strength needed in one area of work at a particular moment, while someone else brings strength in other areas and at other times.

There is also the benefit of shared encouragement.  How often did Barnabas get tired, yet Paul’s zeal fueled him on? How often did Paul get frustrated, yet Barnabas’ steady temperament settled him down?  This is one of our great needs as Christians today—someone to lift us up when we are down; to urge us forward in our task when all we want to do is quit.

Then there is the benefit of shared wisdom.  The Bible speaks often of the need of good counselors (Proverbs 11:14; 15:22; 24:6).  Paul likely relied upon the “seasoned” advice of Barnabas from time to time.  Perhaps at other times Paul’s take on a situation was more accurate and Barnabas benefited.  Preachers and teachers would do well to have someone close by for practical wisdom and guidance.

Finally, there is the benefit of a shared harvest.  Barnabas left the fields “white for harvest” to make a trip of 300 miles for one reason:  he knew two could do more than one. Why is it never recorded that Barnabas became angry over Paul’s more vocal position?  When he was considered a “lesser” god than Barnabas, why didn’t Paul get angry?  Because they were selfless men, and the harvest was all that mattered.  Workers look to the potential of a larger harvest with which to glorify God.  What keeps some from never “teaming” with others and discovering the power of shared work is pride and rivalry.  How should you feel when another preacher or teacher is thanked for a point well made? Rejoice that the gospel is preached (1 Corinthians 3:5-6; Romans 12:15)!  The harvest is our goal, not our place in the harvesting.

What, then, do we learn from Paul and Barnabas?  Learn the power of two!  Some preachers may preach with another preacher at the same church.  Others may find the “Power of Two” in another preacher close by.  Some men or women may “team teach” a class.  Open your heart to the help of others—and be willing to give it as well.