This weekend my family gathered to celebrate the 16th birthday of our 2nd daughter, and while doing so I reflected on how fast time has passed. It seemed just like yesterday that our kids were crawling and needing naps, and we had all the time in the world ahead of us.  But, now, in almost a blink of an eye, they are grown and no longer need mom and dad.

I think one of the most terrifying and yet rewarding experiences that we face is attempting to rear godly, spiritually minded children.  It is terrifying because all of us at one point are amateurs, and armed with God’s word we attempt to navigate life and the thousands of decisions it throws at us. But, it is also satisfying and rewarding to see their faith grow as they mature and appreciate the Lord’s hand in it all along.

There is no magic formula which will guarantee spiritually minded children, and ultimately the decision to “walk in the Spirit” is one each individual must make for themselves – parents cannot make it for their children. That is not to say, however, we are without influence. So, with that I mind I would like to offer a few suggestions (I offer these not as an expert or one who is a perfect parent, but one who is still very much in the trenches and wants his children to grow into godly individuals.).

This list is not meant to be exhaustive, but simply offered in reflection of the awesome privilege it is to shape these young souls in the image of God. But, also to remind all of you parents to have fun along the way, enjoying the time you have with them!

The Bible is full of amazing accounts of people’s faith.  The 11th chapter of Hebrews alone speaks of those who, motivated by their faith in God and His promises, traded wealth for poverty, exchanged the known and comfortable for the unknown and frightening, and sacrificed that which was precious for a greater relationship with God.

But I would like to think about the faith of another group in Scriptures – the demons.  We think about those spiritual beings as our enemies, and rightly so (Ephesians 6:12), but we might not think of them as having belief or faith in God.  But Scripture says in James 2:19 that they believe and even shudder.  But, what do they believe?

Consider Matthew 8:28-34 and the parallel text Mark 5:1-13. In these accounts we find Jesus is casting out the group of demons self-identified as Legion, but what is revealed within these interactions about their faith is fascinating (Even if their tone is derisive it reveals a level of belief beyond what we would normally ascribe to these beings.).

Let us look yet further into the beliefs of these evil spirits. Not only did they understand who Jesus was, that there was punishment, and God was ultimately merciful, they also understood and were able to recognize that God had a means of salvation.  While traversing the city of Philippi to the place of prayer, a slave-girl with a spirit divination, spoke concerning Paul and his companions, “These men are bond-servants of the Most High God, who are proclaiming to you the way of salvation.” (Acts 16:16-18).

This set of beliefs was not merely cold and lifeless to these demons, but resulted in a response whether of their own volition or not. Note the account in Mark 3: 11-12, “Whenever the unclean spirits saw Him, they would fall down before Him and shout, ‘You are the Son of God!’”

Are you astonished to the degree that the demons believed?  Does it startle you to think of their body of belief? And yet, James describes their faith as incomplete, barren, and lifeless (James 2:14-26)

So, what is the point?  There was something lacking in their faith.  James says in James 2:22 that works (actions/obedience) completes, finishes, and brings faith to its intended goal. If we want a faith that is complete, alive, and useful it must go beyond that of demons and include our obedience to be justified before God. 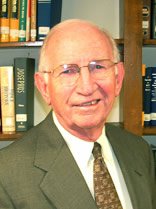 Some years ago, Robert Fulghum wrote a best-seller entitled Everything I Ever Needed to Know I learned in Kindergarten. It has become increasingly evident to me that some of life's most important lessons are exceedingly clear on the face of things. They don't have to be wrung from the depth of mystery and enigma. Yet many seem to wrestle endlessly with them. As someone has observed, the difficult people seem to work out very quickly, the obvious takes them a long time.

It ought to be obvious to the most casual observer that people are far more important than things. Why should we imagine that thinking, feeling, yearning individuals could find as great satisfaction in dead, unfeeling, unthinking, unspeaking objects as in those with whom we share the greatest and fullest association? Whoever imagined that a house makes a home: that all the material comforts in the world, even possessed forever, could fill the emptiness when those we love and who love us are gone? There is no profound philosophy in the fact that things possess no more than momentary utility while people can fill us with delight and joy. Why then do we continue to neglect people in favor of jobs, money, houses, furniture, clothes and cars?

It ought also to be apparent that the spirit of a person is more vital than their body and that what comes from within the heart is more important than the physical. We know that "the body without the spirit is dead" (James 2:26). We have had many painful demonstrations of that. And we know that outward beauty quickly loses its charm in the face of inward ugliness. As Solomon observed, "Like a gold ring in a pig's snout is a lovely woman who lacks discretion" (Proverbs 11:22). Why then are we so slow to recognize that a person's life comes out of what he feels and thinks and values, and not from physical superficialities (Proverbs 4:23)?

Finally, perhaps the most evident truth that we are slow to recognize is the fact that God is more important than everything else. If there is a God who created us for His own purposes and ends, it does not require a flash from heaven to tell us that we have no more important duty and necessity in our lives than to know Him and to serve Him (John 17:3; Acts 17:26-28). If there is such a God, we only live, breathe and move by His power, and He alone can tell us why we are here and how we ought to live the life He has given us. So that when Jesus says that the first and greatest commandment is "You shall love the Lord your God with all your heart" (Mark 12:29), it ought not to come as a shock to our senses. Common sense should have told us long ago that if Jesus is God's Son, we owe Him everything. So, before we can know the mysteries of heaven we must first learn the obvious lessons of earth.