Evangelists of the Douglass Hills church of Christ 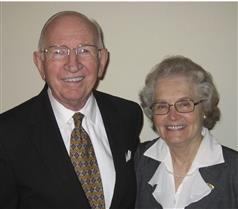 Paul was born March 2, 1931, in Hughes County, Oklahoma. He and his wife Wilma have three children: Eric, Kim Latham, and Beth Ray. He received his formal education at Abilene Christian College (BA, 1953) and College of St. Thomas (MA, 1971). Brother Earnhart began preaching more than 50 years ago during his college days in Texas, but has since preached in Nigeria, West Africa, Wisconsin, Illinois, Minnesota, Missouri and now in Louisville, Kentucky. He is the author of Invitation to a Spiritual Revolution: Studies in the Sermon on the Mount (Gary Fisher, 1998). Many of his articles appeared in Christianity Magazine from 1984-1999. 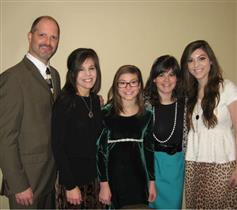 Mark has served as an evangelist for the Douglass Hills church since October 1999. He received his BS in Journalism and Public Relations in 1990, and has pursued a degree in preaching from the College of Practical Experience. He preached with the Union church in Chiefland, Florida, for almost two years, then with the Northside church in Starkville, Mississippi, for three years before moving to Louisville to work with the Douglass Hills family. He has made seven evangelistic trips out of the country-- three to Asia, one to Jamaica and three to Grenada, West Indies. He is married to his wife Teresa and has three daughters—Ciara, Alena and Camellia.

David and his wife of more than 25 years, Anna Laura, have five children: Madie (Goodall), Joel, Molly, Luke, and Celia. They have recently moved to the Douglass Hills community to focus on personal evangelism. They had worked with the Christians in Alpharetta, GA, for the previous 10 years. David travels annually to Nyeri, Kenya, to work with the saints in that country.